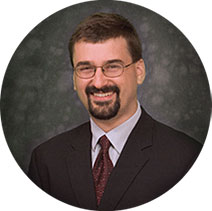 Dr. Bobek moved to the Midwest to pursue his Neurological training at the University of Michigan Medical Center, where he completed his seven-year residency in 2002. During his training, he was a research assistant in the brain tumor lab, studying the molecular genetics of gliomas.

He is trained in cranial, spinal and microvascular Neurosurgical techniques, as well as in the surgery of peripheral nerves. During residency, he developed a special interest in complex spinal instrumentation, in which he underwent supplemental elective training.

Dr. Bobek was instrumental in the success of Project Shunt, an annual charitable medical mission to Guatemala founded by Neurosurgical residents at the University of Michigan. With the support of the Healing the Children Michigan/Ohio chapter and the Guatemalan Pediatric Foundations, he has helped to organize and has participated in six missions to Guatemala in 1999, 2000, 2001, 2006, 2009 and 2013. To date, the volunteer team of physicians, with the help of nurses and translators from the University of Michigan, has performed over 100 operations on children with Neurosurgical conditions such as hydrocephalus and spina bifida.

He has clinical privileges at both Rogue Valley Medical Center and Surgery Center of Southern Oregon and is a member of multiple professional societies.

Dr. Bobek enjoys music and is a classically trained violinist. During his residency, he played violin in a folk band as well as guitar in a contemporary band. He is married to Eileen Bobek, M.D., an Emergency Medicine physician, and has three sons and a daughter with whom he enjoys the Oregon outdoors. He also enjoys soccer, softball, golf and gardening.